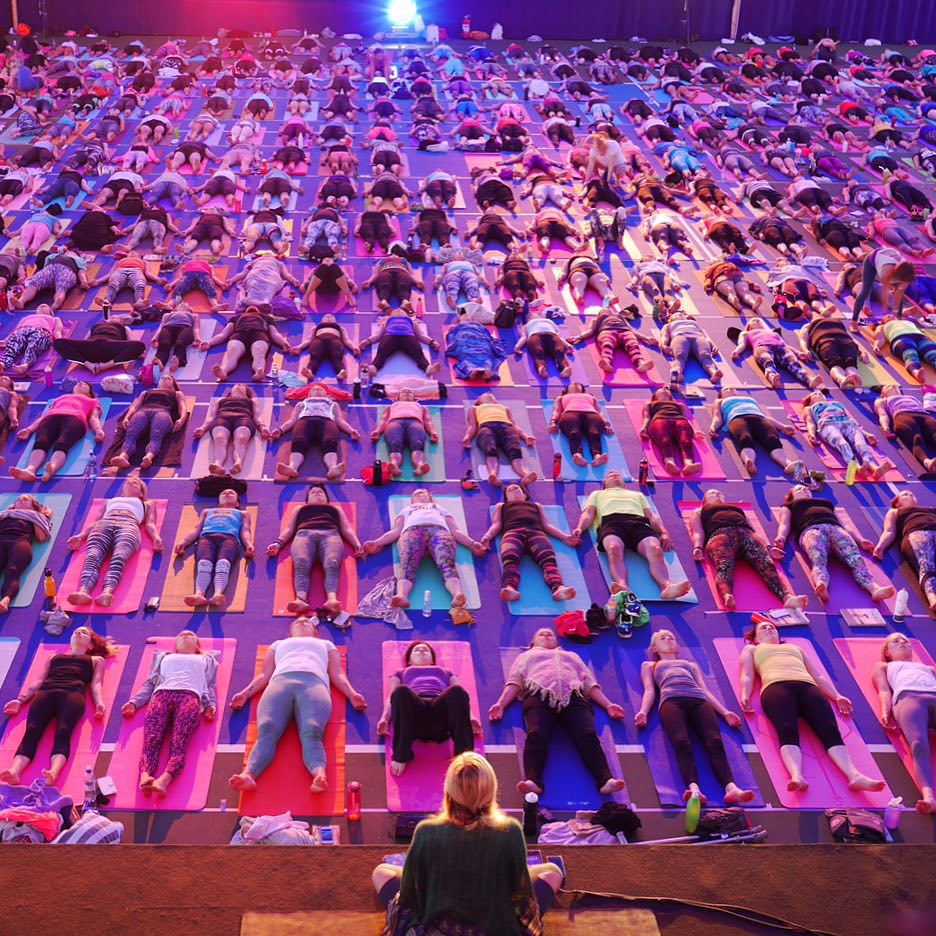 When Rachel Brathen (famous as @yoga_girl on Instagram) announced that she’d be coming to Sweden to teach one of her acclaimed yoga classes, I knew I would forever regret it if I passed up the chance to yoga with yoga girl.

I put whatever self-doubts I had aside and booked a ticket. I felt my excitement grow as I counted down the days until there was only one sleep left until August 15th, the day of the event. I had envisioned a fun and exciting experience, but found it all effected me in a way I could never have expected. The experience was, for me, exceptionally moving and swept me away entirely, which is why I have struggled for a week to write this post.

I arrived to the venue around 11am and wandered through the health and yoga convention that was hosted throughout the day in conjunction to the main event with Rachel Brathen. I got some raw lasagna from one of the vendors for lunch and sat in the sun next to two horses grazing in the grass. By 1pm the venue had filled up and there were queues to all the bathrooms and food vendors. This is the type of environment that would normally stress me out and make me feel antsy, but I noticed that I felt completely calm throughout the day. Despite the number of people – and the queues – the atmosphere felt very calm and friendly. 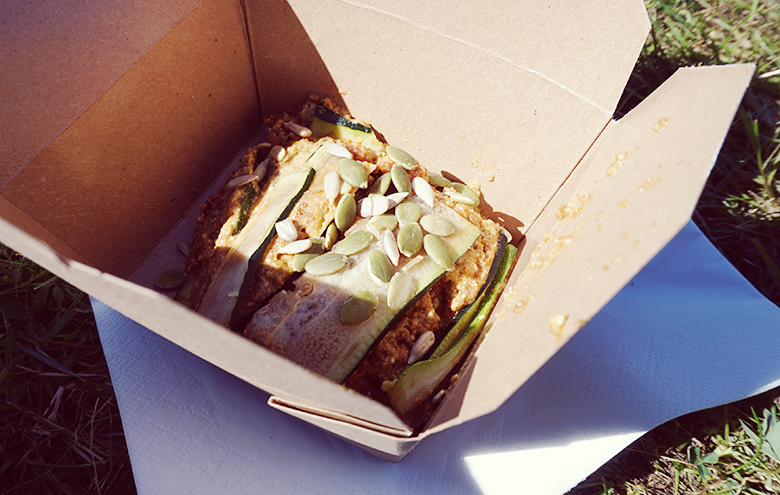 At 2pm, it was time for the yoga class to start. The room was veiled in rainbow spotlights, 900 yoga mats were neatly lined up next to each other, and 900 participants sat on each of their respective mats waiting for Rachel. Not a minute late, she entered with her dog Ringo and her husband Dennis, letting Ringo run free among the mats, happily sniffing his way between the participants. Rachel planted herself on her own yoga mat on stage and started by chit-chatting with us, her humble spirit instantly filling the room.

Before starting our practice, Rachel picked up her deck of Angel cards (cards with uplifting and guiding messages and affirmations) that she uses during her tours to set the tone for the yoga session. While we sat in half lotus pose (Ardha Padmasana) and took a couple of deep breaths, she shuffled the deck and then drew a card. This was one of my favourite parts of the whole session, because the card she drew resonated so well with me. It said “Have Confidence”. It was exactly what I needed to hear and as Rachel read the message on the card I couldn’t help but feel moved. And I’d be feeling that way several more times during the 90 minute yoga class.

In that massive room, squeezed between those 900 people, Rachel’s words and the yoga practice in itself had an effect on me that’s hard to describe. You’d think that being crowded with so many people would render it impossible to feel any kind of calm or focus in your own practice, but nothing could be further from the truth. Throughout the 90 minute class I felt completely focused in and on myself. So much so that I never even acknowledged what the people right next to me looked like, and that despite us stretching across each others mats and accidentally touching each other a couple of times during the practice.

Faster than I would have liked, we reached Savasana and after a couple of minutes of silence, with nothing but the awesome music blanketing the room, Rachel told us about a realisation she’d had this year in her own yoga practice. This was another favourite part of mine, because once again, her words resonated so well with me. She said she’d had this thought during Savasana one day, the thought that what if, in this moment, I am fine. There’s nothing wrong with my body, no kilos, no shape, no feeling is wrong. I am fine in this body right now in this moment. It’s impossible for me to narrate the exact words she said, but what she said was what I needed to hear. And again, I found myself completely moved. 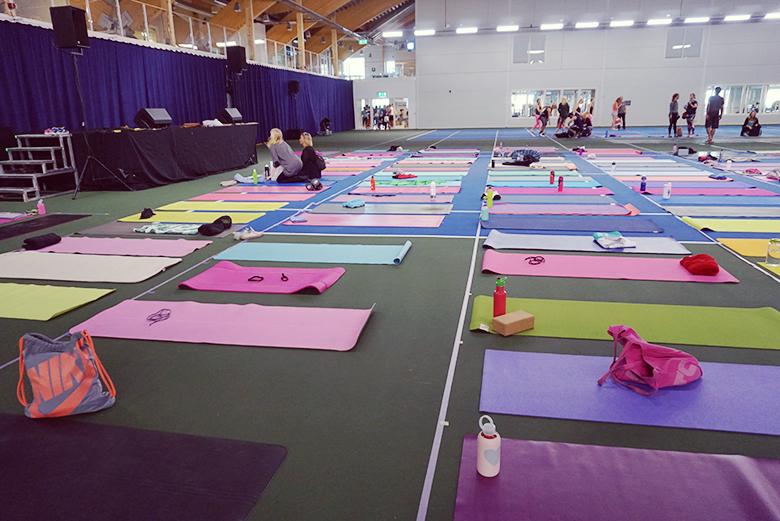 Grabbing my spot before the event. That’s my mat in the bottom left corner of the photo, the black mat with the orange Nike bag next to it.