The stereotypical image of someone suffering from an eating disorder is depicted as a young woman with her hip bones and ribcage jutting out. Media often choose to highlight the cases that have the strongest visual impact. In the case of eating disorders, that means using the aforementioned stereotype. In reality, that image is far from what all sufferers look like.

As the term suggests, the behaviour of a person with an eating disorder is associated to a disordered or abnormal relationship to food and eating (and/or exercising). Again, it is a mental health issue and as such an eating disorder cannot be seen with the naked eye.

Having been through years of therapy for my own eating disorders, I know firsthand the impact these stereotypes can have. I didn’t realise or believe that I had a problem – I thought I wasn’t thin enough to have an eating disorder, or that I ate more than the stereotype, or I didn’t exercise enough. That skeletal figure slapped across anything associated to eating disorders fuels the denial so many experience.

It’s time to talk about it, it’s time to break the stigma surrounding eating disorders. It’s time to stop assuming we know and instead work towards increased access to care, for everyone. It’s time to highlight, embrace and include all body types in the conversation surrounding eating disorders. And until we as a society – and the media – include all body types in the images we put out in the world for young women and men to see, we are continuing to fuel the foundation that sprouts the number one cause of death among mental health diseases. 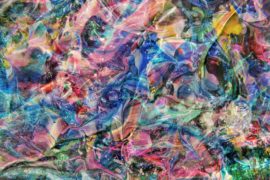